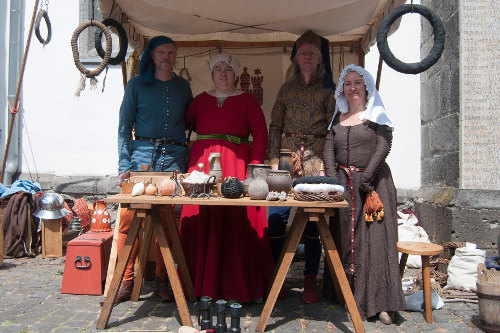 The term "serious" or "chimpfull" fireworks, or military fireworks, refers to a range of equipment and small-scale ordnance such as incendiary devices, incendiary, illuminating and demolition bombs. These military fireworks served primarily to damage enemy ranks through their explosive and incendiary effects; they were used by besiegers and defenders alike. Its primary purpose was not to quickly eliminate the enemy, but rather to tie up and unsettle him by igniting flammable equipment, rescuing casualties and extinguishing fires that had been started. Nevertheless, these weapons also had a high potential to endanger the life and limb of the enemy. 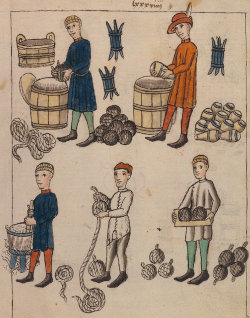 They were all made of relatively cheap and easily procurable materials such as wood, textile, iron and pottery, and the incendiary agents such as pitch, sulphur, saltpetre and charcoal were also relatively easy to obtain. These weapons were intended for single use and could easily be made in large quantities even by untrained persons.1) For first use, they were kept in large quantities in armouries and could be mass produced when needed. However, due to their unattractive appearance, their relatively worthless materials and their underestimated cultural-historical significance, little attention was paid to them in research for a long time. Many of the surviving originals fell into disrepair or were disposed of, and the few that remain today are real rarities.2)

The earliest mention of war fireworks in Hamburg is found in a rampart order issued by the city council on December 1st, 1561, which requires that fireworks should be present on every rampart and in the armoury, in addition to guns with accessories.3) Even earlier, from the year 1467, the entry: "... vurballe deserviente ad bombardas" (fireballs for use with cannons) in the Hamburg treasury accounts indicates fireballs in connection with bombards.4) Preserved pieces are not known from Hamburg. 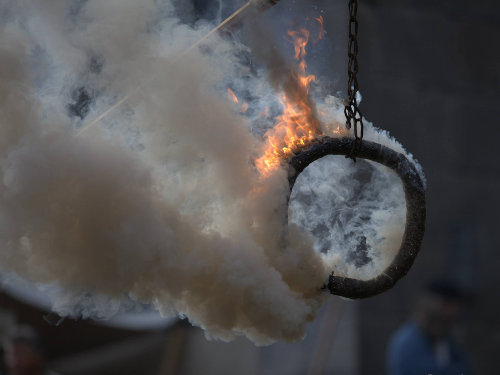 At this point we would like to thank Dr. Alfred Geibig from the art collections of the Veste Coburg for his friendly advice, valuable tips and suggestions! 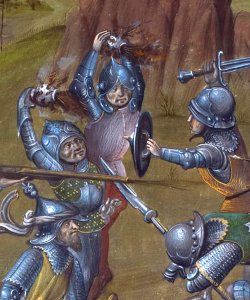 Fire and Lime Pots were simple bulbous ceramic jars, sometimes common utilitarian pottery, with a semi-wide opening and a pronounced throat below the rim. Depending on the purpose, these were filled with explosives, fire accelerants or with quicklime and caltorps..

Handgrenades are explosive projectiles; they consist of the casing, the explosive charge and a fuse. Depending on the desired effect, a distinction is made between fragmentation, incendiary and smoke grenades. The mostly uniform fuses are designated wiht delayed-action) or non-delayed-action).1) 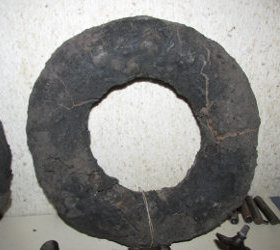 Pitch garlands, fire crowns or storm wreaths have appeared in martial treatises since the late 15th century. Their simple construction, however, suggests that they were known and used much earlier. Their military use did not end until the 19th century. 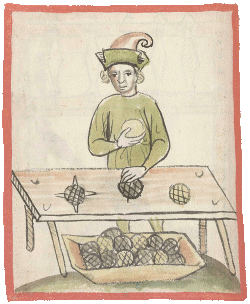 According to information in Johannes Bengedans' war book of 1440-1451, the invention of fireballs is said to have taken place only a few years earlier.1) Its functional principle is already found in the so-called fireworks book of 1420, which can presumably be related to Bengedans' statement.2)